ii Danielle Steele, The Theology of the So-Called Plymouth Brethren Examined and Refuted.

iv John Calvin, Commentary on the Harmony of the Gospels Volume 1: 277. 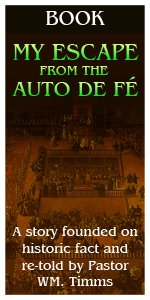 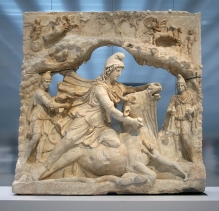 Zdroje:
Will Durant, The Story of Civilization Volume 1 (MJF Books, 1993). 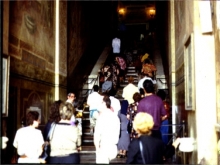 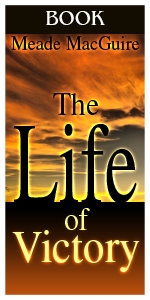 i Ted Hoare, Facts about Friends.

ii Margaret Springer, The Religious Society of Friends: An Introduction (1996).

vii Margaret Springer, The Religious Society of Friends: An Introduction (1996).

x Keith Matthews, “How is it With Your Soul?,” Sojourners (November-December 2003).

vi “Devotion to the Blessed Mary,” Catachism of the Catholic Church (Liguori Publications, 1994): 253.

Transubstantiation is the Catholic belief that when a priest blesses the bread and wine of the Eucharist, it becomes Christ’s literal body and blood. Catholicism teaches that Christ taught His disciples about transubstantiation, and then gave them the power to transform the bread and wine into His body and blood. This power is then passed on through ordination to priests throughout the generations.i

“Christ Jesus, who died, yes, who was raised from the dead, who is at the right hand of God who indeed intercedes for us,” is present in many ways to His Church…”most especially in the Eucharistic species.” The mode of Christ’s presence under the Eucharistic species is unique. It raises the Eucharist above all the sacraments as “the perfection of the spiritual life and the end to which all the sacraments tend.” In the most blessed sacrament of the Eucharist “the body and blood, together with the soul and divinity, of our Lord Jesus Christ, and therefore, the whole Christ is truly, really, and substantially contained.” “This presence is called ‘real’…because it is presence in the fullest sense: that is to say, it is a substantial presence by which Christ, God and man, makes Himself wholly and entirely present.” It is by the conversion of the bread and wine into Christ’s body and blood that Christ becomes present in this sacrament.ii

The Catholic Council of Trent in the 16th century determined this to be the truth about transubstantiation:

For the most part, the bread and wine do not seem to change in form, appearance, smell, or taste while transubstantiated. Catholics call these senses the “accidents,” and say that although these do not change, the “real” substance of the bread and wine become the full presence of Christ:

The History of Transubstantiation

Across 11th-century Europe, “discussion revolved around the meaning of the words of consecration in the mass: ‘This is my body, this is my blood.’ Berengar [of Tours, French theologian] held that a real and true change takes place in these elements, but that the change is spiritual, and that the bread and wine remain of the same substance.”

At that time, Lanfranc, the Archbishop of Canterbury, debated with Berengar, stating that while the “accidents” of the bread and wine remained the same, the underlying forms were changed into Christ’s literal body and blood. “During a long and bitter controversy (1045-80) the term ‘transubstantiation’ emerged and took on Lanfranc’s definition. Berengar was condemned and forced to disown his views.”v

Transubstantiation was affirmed officially in 1215 at the Fourth Lateran Council. At the Council of Trent in 1563, the doctrine was reaffirmed:

Roger Oakland tells us that many contemporary Catholics do not believe in transubstantiation, “However, the Church’s position on this is clear. Anyone who denies any aspect of the Church’s teachings on the Eucharist is to be ‘anathema’!”vii

According to a brochure by the Knights of Columbus, “Recent polls indicate that a significant number of Catholics do not have a complete understanding of the Eucharist and specifically the real presence of Christ in the Blesses Sacrament. Whatever the cause of such misunderstanding of the faith, all who approach the table of the Lord need to recognize the significance of their action and the importance of their spiritual preparation.”viii

A recent edition of the Catholic magazine envoy featured an article about the Eucharist called “Is this God?” In it, author Dave Armstrong reaffirms the importance of transubstantiation to Catholicism:

Eucharist is a supernatural transformation, in which substantial change occurs without accidental change. Thus, the outward properties of bread and wine continue after consecration, but their essence and substance are replaced by the substance of the true and actual Body and Blood of Christ. This is what requires faith, and what causes many to stumble, because it is a miracle of a very sophisticated nature, one that doesn’t lend itself to empirical or scientific “proof.” But, in a sense, it is no more difficult to believe than the changing of water to ice, in which the outward properties change, while the substance (molecular structure) doesn’t. The Eucharist merely involves the opposite scenario: the substance changes while the outward properties don’t. Can anyone reasonably contend that one process is any more intrinsically implausible than the other, where an omnipotent God — particularly One Who took on human flesh and became Man — is concerned?ix

It seems that hundreds of years after the doctrine was first affirmed, transubstantiation continues to be an issue close to the Catholic Church’s heart.

1 Corinthians 11 is a key passage used in support of transubstantiation. But do Scriptures really say that Christ’s blood and body literally appear during communion? Read verses 23-29:

For I have received of the Lord that which also I delivered unto you, that the Lord Jesus the same night in which he was betrayed took bread: And when he had given thanks, he brake it, and said, Take, eat: this is my body, which is broken for you: this do in remembrance of me. After the same manner also he took the cup, when he had supped, saying, this cup is the new testament in my blood: this do ye, as oft as ye drink it, in remembrance of me. For as often as ye eat this bread, and drink this cup, ye do shew the Lord’s death till he come. Wherefore whosoever shall eat this bread, and drink this cup of the Lord, unworthily, shall be guilty of the body and blood of the Lord. But let a man examine himself, and so let him eat of that bread, and drink of that cup. For he that eateth and drinketh unworthily, eateth and drinketh damnation to himself, not discerning the Lord’s body.

A Remembrance
Ralph Woodrow reminds us that Christ tells us to take the bread and wine in remembrance of Him. But, “If the elements of the communion become the actual flesh and blood of Christ, how could we take it “in remembrance…until he comes” if he thus becomes present in body, blood, soul, and deity?”x In other words, why would Christ ask us to participate in a ritual of remembrance until His return, if He was going to appear every time the custom was performed?

Drinking of Blood
In both the Old and New Testaments, God’s people are told to avoid consuming blood (See Genesis 9:4; Leviticus 17:12; 1 Samuel 14:34; Acts 15:29, 21:25). God never contradicts Himself, and therefore would not tell His people to drink blood.

Symbolism
Christ constantly used symbolism to describe Himself and His Kingdom to His followers. He called Himself a door, a vine, and even the bread of life. In the Old Testament, God was referred to as a rock, a horn, and a bird. These descriptions were clearly symbolic, used to help us humans understand God’s character. When Christ said “this is my body” and “this is my blood,” He was not speaking literally, but rather was again using elements of the natural world as teaching tools.

Worship of Physical Objects
God has made it clear that we are not to worship idols or any physical object. However, in order to participate in Catholic communion fully, adherents must not only believe that the bread and wine are Christ’s body and blood, but they must also worship those objects as they partake:

Worship of the Eucharist. In the liturgy of the Mass we express our faith in the real presence of Christ under the species of bread and wine by, among other ways, genuflecting or bowing deeply as a sign of adoration to the Lord.xi

During the adoration of the Holy Sacrament, the consecrated host [bread] is presented to the faithful in a monstrance (from the Latin word monstrare, “to show”). It consists of a piece of gold or silver plate, decorated with an ornamental motif, centred on a circular base…The monstrance very often creates the effect of a gleaming sun around the Holy Sacrament.xii

The Catholic Church has always offered and still offers the cult of adoration to the Sacrament of the Eucharist, not only during Mass, but also outside of it, reserving Consecrated Hosts with the utmost care, exposing them to solemn veneration, and carrying them processionally to the joy of great crowds of the faithful.xiii

So, is transubstantiation Biblical? No. As Roger Oakland reminds us, Jesus does not “tell His disciples to institute a priesthood that will consecrate bread and turn it into His literal flesh. Nor does He teach here [John 6], or anywhere in the Bible, to worship His body and blood under the appearance of bread.”xiv

ii “The Celebration of Christian Mystery,” The Catechism of the Catholic Church (Liguori Publications, 1994): 346.

iv “The Celebration of Christian Mystery,” The Catechism of the Catholic Church (Liguori Publications, 1994): 347.

vi Reverend H. J. Schroeder (trans.), “Canons on the Most Holy Sacrament of the Eucharist,” The Canons and Decrees of the Council of Trent (Rockford, Illinois: TAN Books, 1978): 79.

xi “The Celebration of Christian Mystery,” The Catechism of the Catholic Church (Liguori Publications, 1994): 347. 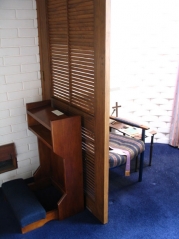 iii St. Alphonsus Liguori, The Dignities and Duties of the Priest (1927).